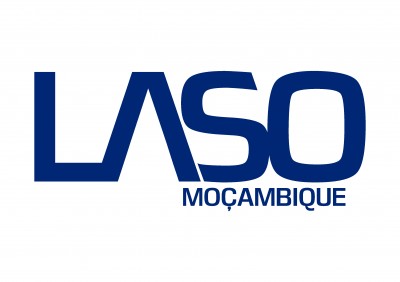 Since 2008 to be present in Africa, namely Morocco, Cape Verde, Senegal, Mauritania, South Africa and Mozambique, with Projects, Partnerships and Companies, LASO TRANSPORTES is pleased to announce that during the month of February the process of rebranding will be concluded.

The name of its subsidiary in Mozambique, GTE-GRUAS E TRANSPORTES ESPECIAIS, LDA. for LASO MOÇAMBIQUE.

Africa is a land of opportunities, and a continent where great prospects of change, investment and economic development are envisaged, which are expected to result in better living conditions for its people, in progress, and as it could not be otherwise, we we will be there to give our contribution. We have been operating in Mozambique since 2011, and times have not been easy, but with the commitment and dedication of our experienced team, and their know-how, here too, we have overcome all obstacles.

We remain headquartered in Matola, on Avenida Samora Machel (EN 4), at “Texlom”, with operational centers in Beira, Nacala and soon also in Cabo Delgado, from which we carry out projects throughout the territory of Mozambique, as well as in neighboring countries. We already have a great capacity to carry out projects both in human capital and in equipment, with emphasis on mobile cranes with a capacity of up to 200 tons, modular trailers with a capacity of up to 250 tons, extendable platforms up to 46 meters, crane trucks and a wide variety of “Lowbeds”, as well as an Enerpac “jacking and skidding” system. We are thus prepared to carry out any Logistics / Transport project, whether small, medium or large, including complete and turnkey solutions.

CONTACTS
ASK FOR A QUOTE
Media

This website uses cookies to improve your experience while you navigate through the website. Out of these cookies, the cookies that are categorized as necessary are stored on your browser as they are essential for the working of basic functionalities of the website. We also use third-party cookies that help us analyze and understand how you use this website. These cookies will be stored in your browser only with your consent. You also have the option to opt-out of these cookies. But opting out of some of these cookies may have an effect on your browsing experience.
Necessary Always Enabled
Necessary cookies are absolutely essential for the website to function properly. This category only includes cookies that ensures basic functionalities and security features of the website. These cookies do not store any personal information.
Non-necessary
Any cookies that may not be particularly necessary for the website to function and is used specifically to collect user personal data via analytics, ads, other embedded contents are termed as non-necessary cookies. It is mandatory to procure user consent prior to running these cookies on your website.
SAVE & ACCEPT